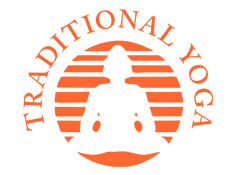 You only teach what you practice and practice what you teach.

Dr  Kumar is internationally recognized as an inspirational yoga and meditation teacher aswell as an award-winning scientist. His teaching is informed by his extensive experiential and theoretical knowledge, developed through his education in more than 37 schools of Hatha yoga and 50 traditions of meditation and progressed through decades of self-practice.

As a child he began his formal studies at the Sivananda Ashram under Swamy Vishnudevananda. He was initiated by Swamy Chinmayananda, Sachidananda & Omkarananda and later under Swamy Rama and Satyananda Saraswathi. He also learned asana practice with BKS Iyengar, Pattabhi Jois, Desikachar among other renowned teachers as well as unknown but equally accomplished Himalayan masters and monks. Rather than belonging to any one school, Dr. Kumar’s teaching adheres to the genesis of yoga and its many components. Dr. Kumar’s first teacher cautioned him to avoid being limited to the methodology of only one school, realizing that each school gives importance to only a few limbs of yoga. This is something Dr. Kumar has followed though out his life, allowing him to keep an open mind, and continuously learn and expand his knowledge, respecting all traditions.

Dr Kumar’s teaching is informed by his deep understanding of yoga traditions and focuses on practice. His in-depth theoretical studies of Hatha Yoga have explored Hatha Yoga Pradipika, Hatha Ratnavali, Garanda Sanhita, Siva Sanhita, Hathayoga Rahasyam, Kurantaka Yoga, Kapala Kurantaka Yoga, and Yoga Rahasya. He is a trainer of yoga teacher trainers and yoga teachers and is an authority on the science of yoga and its diverse traditions and systems.

He has studied meditation in Hindu, Yoga, Mahayana and Theravada Buddhist schools including monastic traditions in Thailand, Burma and Sri Lanka. He reads Sanskrit and Pali and has sourced and translated rare texts, exploring in particular the relationship between Yoga, Buddhism and Vedanta.

Dr Kumar has been guiding meditation retreats in the UK and India since 2008 and has trained a group of UK teachers. In the UK he has given guest lectures at Imperial College London, University of London SOAS, Oxford Brookes University, Bath Royal Literary and Scientific Institution.

Dr Kumar has taught over 100,000 people in India as a public service, focusing on free public health and yoga awareness workshops that address the growing levels of lifestyle related diseases in India. For his voluntary contribution he has received the following national awards;

Yoga is many limbed, and is not to be confused with any form of religion. My aim is to restore the understanding of the relationship of different branches of traditional yoga so as to enable each person to make swift and effective progress

Dr Kumar is a practitioner and teacher of Kayachikitsa, a system of yoga that was practiced in the tradition of Narayana Swamy by the author of HathaYoga Ratnavali. This tradition was passed through his family lineage to Narayana Munindra, with whom Dr. Kumar studied. Dr. Kumar is one of only three people in the world to have been trained in this knowledge and to currently practice this particular system. Kayachikitsa is an ancient science focused on the treatment of physical and mental illness, and with his advanced knowledge this technique, his understanding of medical conditions, and his reassuring compassion, Dr. Kumar continues to bring effective relief to many people. The long-term benefits are the regeneration of the whole body system and the means to achieve and maintain a status of complete health.

Kumar’s personal experience of the therapeutic benefits of yoga inspired him to teach. In 1992 Kumar was involved in a road accident. He suf­fered multiple fractures in the lower spine, hip and pelvic bones. He also lost control over his lower torso and his ure­thra was ruptured. He was told that he would not be able to have children and may not walk again. He was bed rid­den for two years and doctors had little hope for his recov­ery. Finally, he used his deep knowledge of yoga to design a systematic program of treatment for himself with asana and pranayama practice. By the following year, he was mobile and in two years he could run. He resumed practicing around 300 asanas and had his first daughter in 1994. In gratitude for the benefit he has received he has volunteered his time to teaching yoga and meditation for free to thousands of people in India and reviving the ancient system of yoga therapy, Kaya Chikitsa.

In recognition of this charitable service to the community he has received two major national awards and an honorary doctorate. The Yoga Healing Foundation was established to support his work in the UK and India. Kumar is able to combine his extensive knowledge of the traditional yogic systems with a scientific analytical approach; as well as teaching yoga and meditation he works as a scientist for the government of India.